When we think of Old Polish cuisine we imagine meat from aurochs or wild boars, oxen roasted whole on huge spits, thick bigos, goose breast, but in the meanwhile…

And meanwhile, already in the Middle Ages, on Polish tables there appeared dishes which we associate exclusively with French cuisine.

Snails appeared in Polish cuisine together with the mirepoix and the Queen Bona, although they lived on Polish meadows for centuries. They were a Lenten dish, but later became popular on the tables of the aristocracy. Snail dishes were characterized by an excess of spices characteristic of Old Polish cuisine – pepper, nutmeg, ginger and cloves.

In the kitchen of Spichlerz, Chef Łukasz Szymon Gamoń prepares for you snails accompanied by chanterelles, fresh herbs and aromatic parmesan cheese. From the number of snails served here we dare to think that you, dear Guests, also liked this delicacy.

We look forward to seeing you! 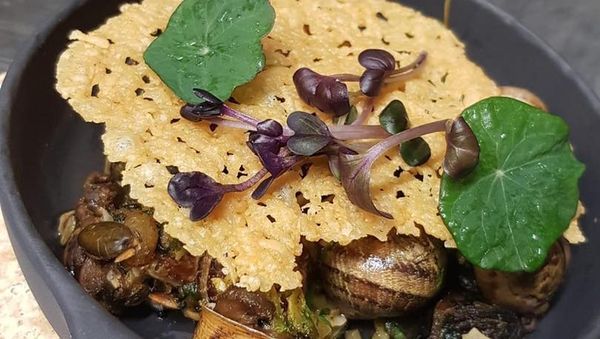 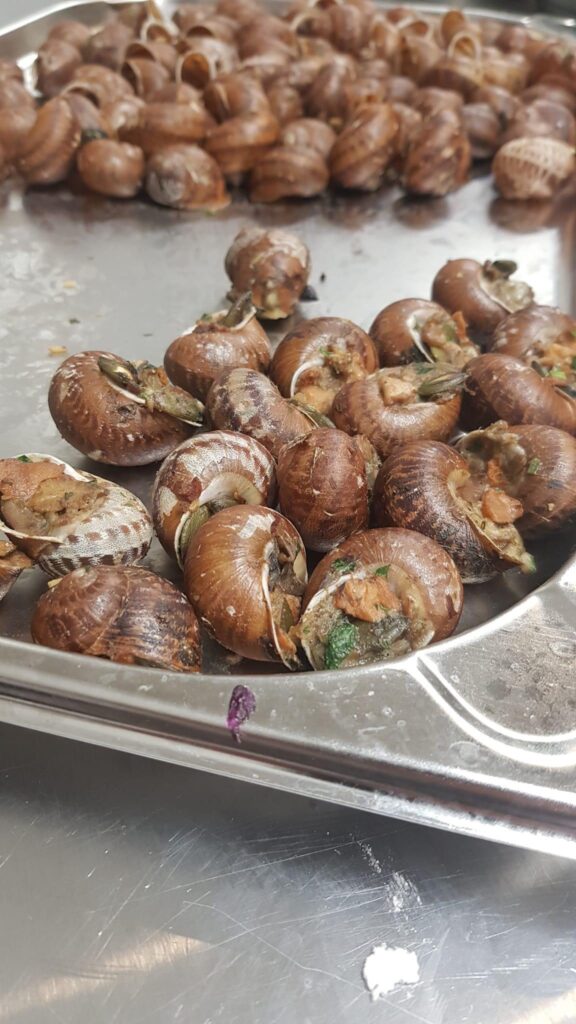 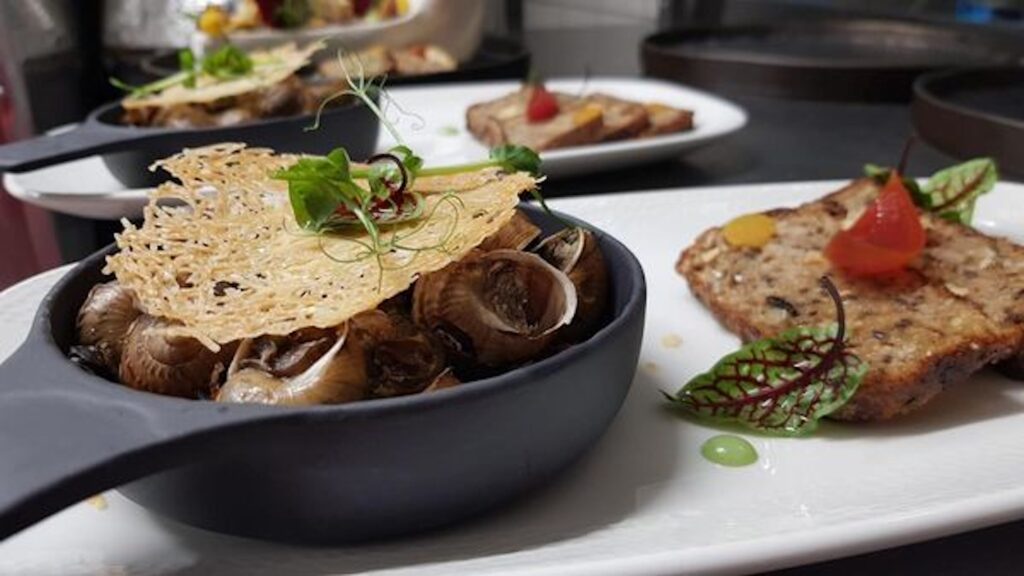